Whether it’s the mystery of why and how a nearly infinite amount of water cascades over incredible cliff sides, or it’s the mesmerizing echo of roaring water that captivates us, one thing is for sure—waterfalls are one of the most incredible displays of Mother Nature’s power.

So, whether you’re looking to stand above, beneath, or even behind an epic waterfall, we have you covered. We’ve put together the best hikes in the states where spectacular waterfalls steal the spotlight.

Hidden within remote red cliffs and caverns of the Grand Canyon lies an isolated paradise known for its aquamarine cascading waterfalls and travertine pools. Havasu Canyon, a precious and vigorously protected area, sits at the top of every adventurous backpackers’ bucket list.

Merely reaching the trailhead of this desert gem requires patience, planning, and a little bit of luck though. The Havasupai Tribe is intimately connected to these crystalline waters and regulate the region to make sure it’s well-respected.

Day hiking to the falls isn’t permitted, so to plant your boots along the strenuous 10-mile trail you’ll need to get your hands on a coveted reservation and commit to a minimum three-night stay. But once you’re there, we’re pretty sure taking a dip beneath five infamous blue-green falls will keep you calm and captivated.

Keep in mind, this trail isn’t necessarily for beginner backpackers. Summer temps can reach up to 115 degrees, the terrain is unpredictable, and emergency facilities are very few and far between. It’s important to properly prepare and know the risks associated with a trip to the dazzling falls that decorate Havasu Creek. 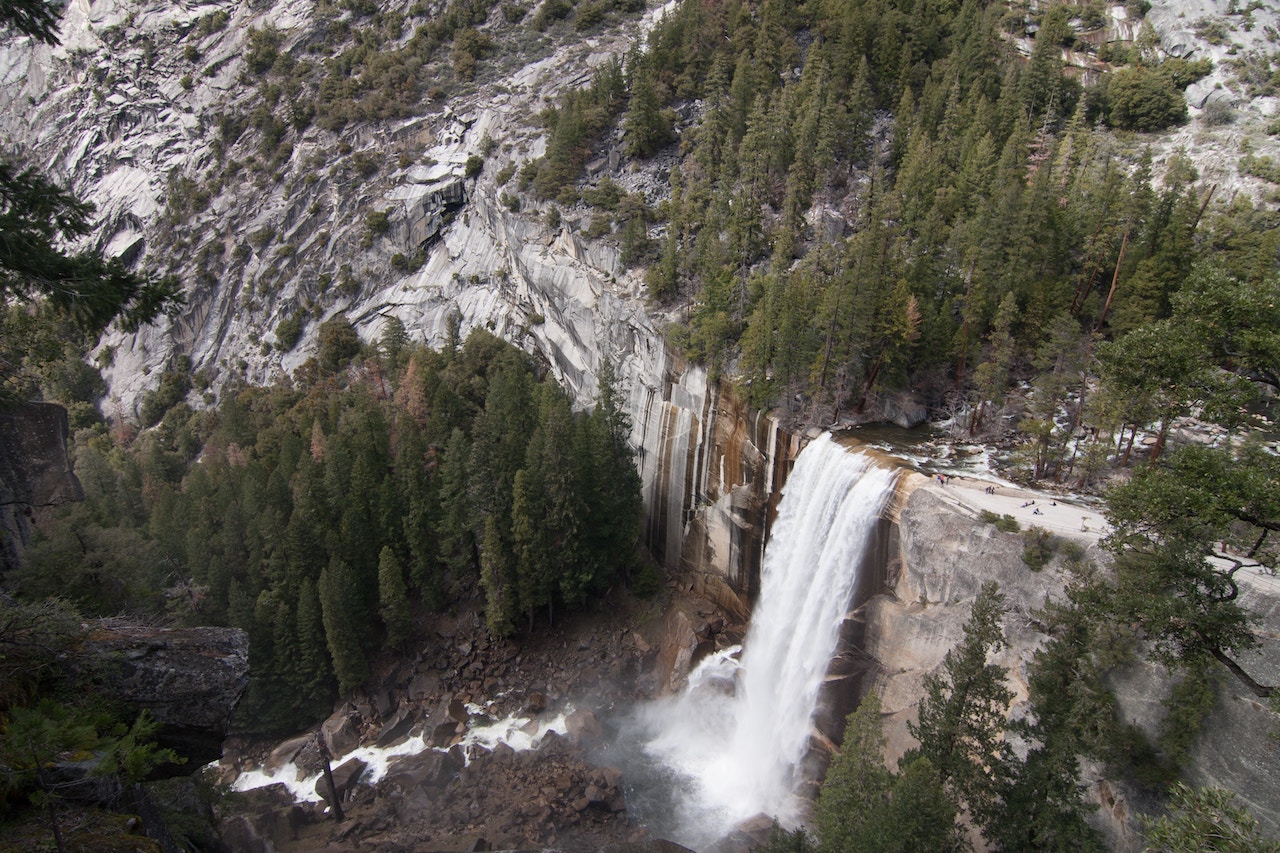 Visitors flock to Yosemite National Park each year to experience the illustrious 2,425-foot Yosemite Falls. And, rightfully so, Yosemite Falls isn’t only one of the tallest waterfalls in the country—it’s a bonafide California icon.

But if you’re in search of waterfall views that you can’t see from the front seat of your car, we recommend you tackle Yosemite’s signature hike, the Mist Trail.

Following the lively Merced river, you’ll conquer 1,000 feet in elevation, 1.5 miles of uphill hiking, and 600 stone steps before reaching the top of 317-foot Vernal Fall, one of the most powerful waterfalls in Yosemite. Some hikers stop here for a snack and head back to the car, but if you have a little more gas in the tank, continue on for 1.3 miles to reach 594-foot Nevada Fall.

The falls thrive in spring and early summer, and the incredible amount of mist (hence the name) from the waterfalls can be a pleasant treat on a hot summer day. Just watch your footing—wet granite can make this trek pretty slippery at times. 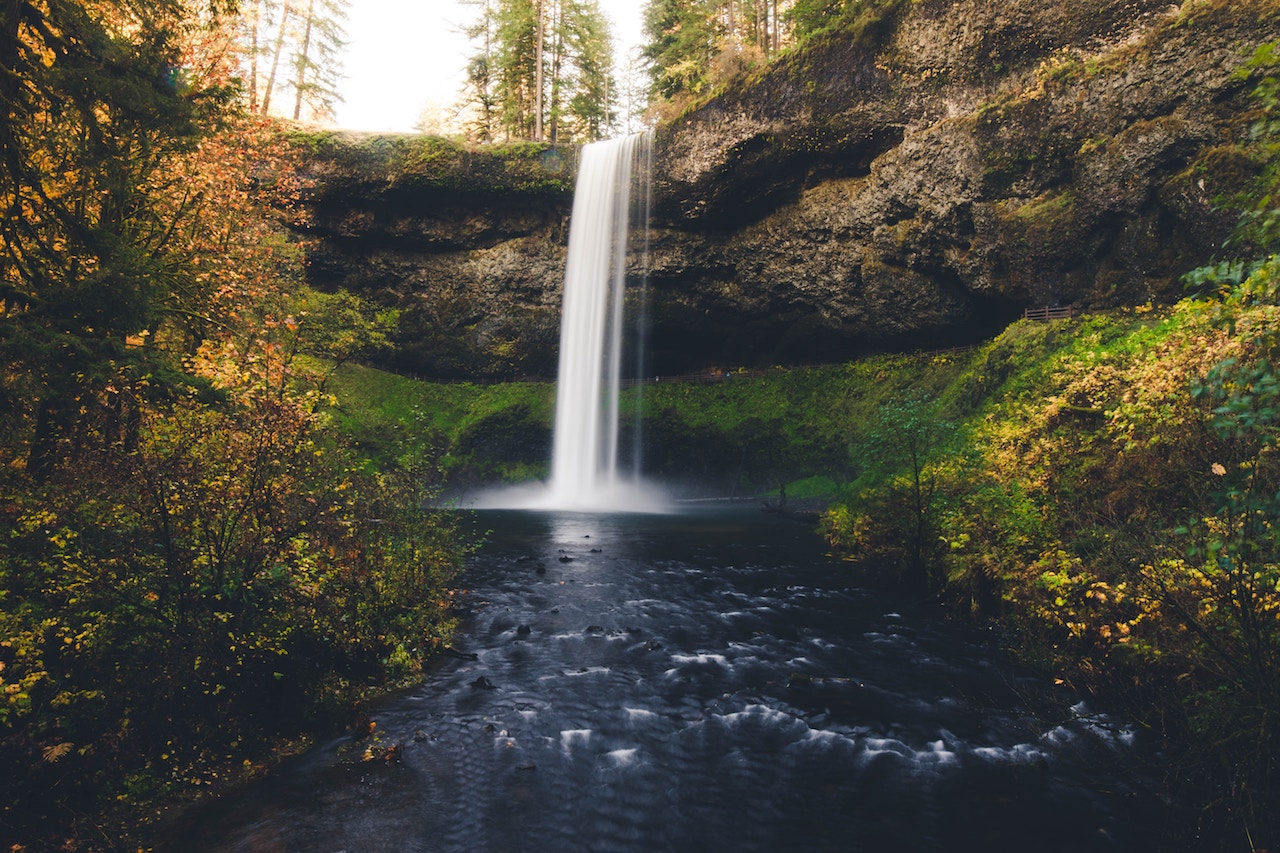 The Pacific Northwest knows a thing or two about waterfalls, and nothing proves that point quite like the Trail of Ten Falls. Not only is this trek considered one of the best in Oregon, but it’s also a must-see for anyone with a serious case of waterfall wanderlust.

In fact, the Trail of Ten Falls is home to the second highest concentration of waterfalls in the entire state of Oregon, and there are no less than 10 waterfalls along this modest, 8-mile trail.

And you don’t have to admire the falls from afar. You’ll feel the power of the rushing water as it cascades from canyon cliffs above. That’s right, after weaving through pristine old growth forest, the trail passes directly behind several notorious waterfalls, including 177-foot South falls and 136-foot North Falls.

Watkins Glen State Park is a New York state gem defined by a majestic 400-foot narrow, hanging gorge and a legendary waterfall-dense trail system. The Gorge Trail, one of few trails available in the park, is arguably one of the most scenic 2-mile treks you can take in the state and features 19 unique waterfalls that are bounded by incredible 200-foot limestone cliffs.

The trail starts from a dark spiraling tunnel that was cut into the cliff-side before descending into a world of natural stone architecture and lush green wilderness.

Following the gorge, the trail meanders past Glen Creek, over charming stone bridges, and negotiates over 800 stone steps. The trail’s appeal, however, comes mainly from the ability to walk directly behind several waterfalls including Cavern Cascade, which plunges nearly 60 feet to the canyon floor. 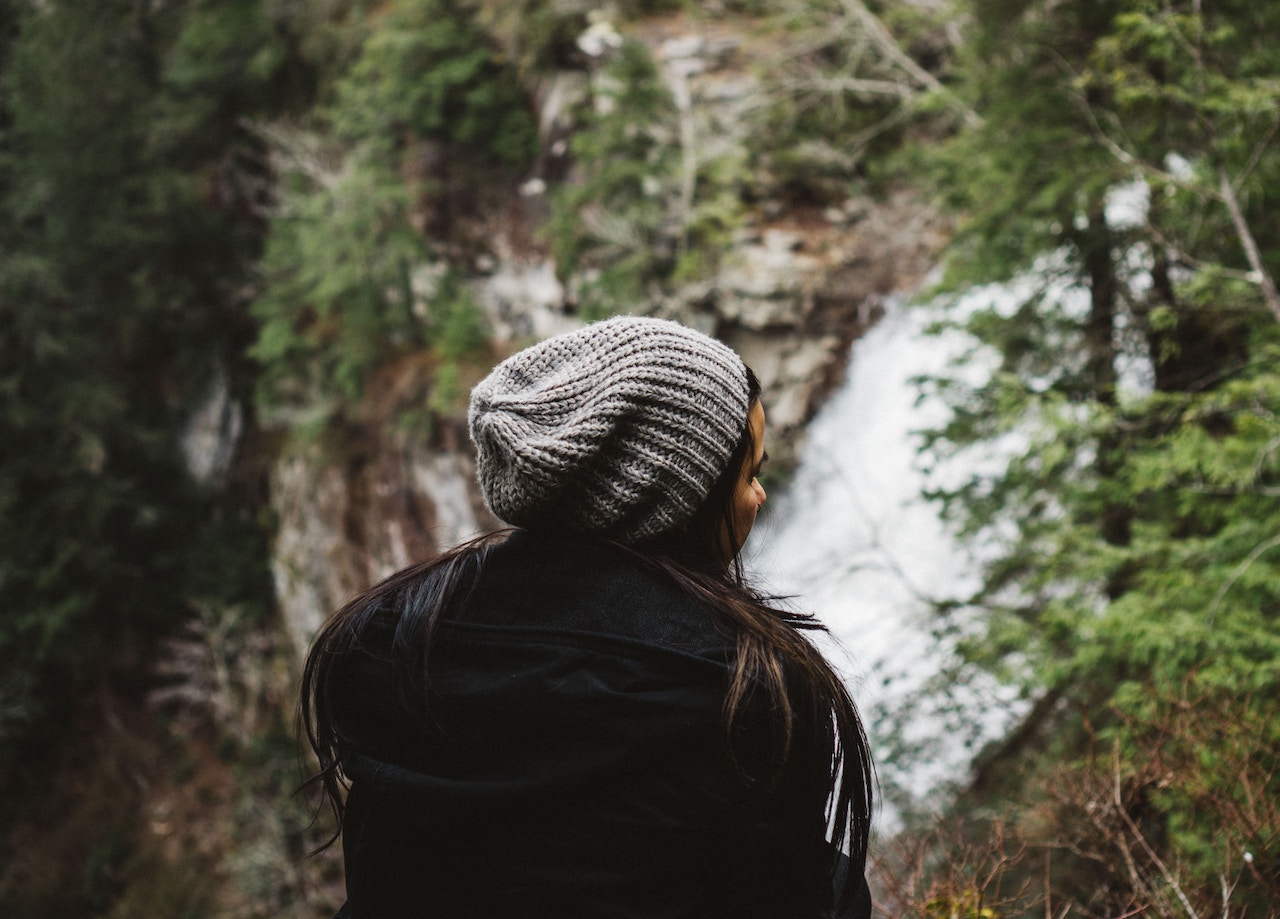 Cummins Falls isn’t your everyday cascading waterfall. According to locals, this 75-foot hidden treasure has been the prime swimming hole for escaping Tennessee summer days for over 100 years.

Rumor has it, until recently, hikers had to earn their dip beneath Cummins Falls by scrambling down a treacherous, unmarked trail and wading in ankle-deep water. Today, 211-acre Cummins Falls State Park and its namesake waterfall are protected by the state of Tennessee, and the 2.5-mile trek to the falls are far more accessible.

Still, avid adventurers will appreciate that despite its recent enhancements, the trail to Cummins Falls still requires a bit of on-trail ingenuity. If you want to wade in the natural pools below the falls, you’ll want to prepare for river crossings and expect to traverse some sizable boulders on the river bend.

Seven Sleeping Tips When Traveling in an RV

The 17 Best Roads in America